Here are three things worth reading for sharpening your mind and enlarging your heart today. These posts are collected under the label Spiritual Coffee. 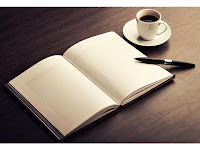 The Idea That Changed the World, Steve Bezner (For The Church)
What was so compelling about the Early Church that people couldn't resist Christianity even when it challenged their idols? One word: love.

"Something, it seems, in the earliest days of the church, was able to overcome the offensive and divisive actions of taking cultural and moral stands. Rather than running from the church, the people of the first three centuries were flocking to the church. Why?"Stark has a number of hypotheses, but they all center on one notion: Christians loved people no one else would love. They cared for those other[s] thought too contagious to nurse. They rescued the children abandoned in attempted infanticide. They gave women a place of respect and importance within the community. They welcomed people of all educational, racial, and socioeconomic backgrounds."

Talking Online Media and Productivity with Tim Challies, Will Costello and Tim Challies (Glory Books)
Curious how a Christian like Tim Challies manages to keep up with a website and social media presence that have become a worldwide phenomenon in Christian circles? I certainly am. Make sure you scroll down for Robert Zink's review of Do More Better, Tim's book.

Has America Ever Been a Christian Nation?, Joseph Sunde (Acton Institute)
Russell Moore explains why America is not - strictly speaking - a Christian nation, and never was, but why so many misunderstand the phrase. Sunde expands on Moore and discusses Bruce Ashford and Chris Pappalardo's book One Nation Under God. Moore and Ashford are, in my opinion, two of the most level-headed and sound Christian commentators on interacting with culture and society, so this is a goldmine.

"Evangelicals are known for referring to America as a “Christian nation,” sometimes as a nod to its basic demographic disposition, but more often as a deeper theological statement about the country’s founding and spiritual status.

"Whether viewed through the mundane misapplications of Old Testament scripture or the more highly entrenched revisionism of Christian “historians” like David Barton, there is a popular view among evangelicals that America has access to a sort of pre-New Testament covenant. Given such a mindset, we shouldn’t be surprised when our political activity aligns accordingly, pursuing the common good far too often from the (political) top down."

Posted by Anthony Bushnell at 9:04 AM