Forgiveness Is Free; Sincerity and Repentance May Take Some Work 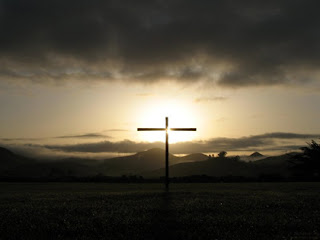 Easter should leave us all with fresh enthusiasm for the freedom from guilt and shame that Christ paid for on the cross. I hope the last few days have been filled for you with hearing the free grace of God preached and proclaimed. The forgiveness of sins through faith in Christ, and not through trying to work off a debt or earn acceptance, is one of the greatest joys we will ever know.


However, when anyone preaches the free grace of God that removes all the guilt of your sins, sooner or later people get nervous and uncomfortable with this lavish, free forgiveness of every wrong. If forgiveness is that easy, then what will keep us from giving into temptations when they come up again? Some people start to think this is too simple to be true: that people could just take advantage of God and keep indulging whatever desires they wanted if this were so. Just run back to God afterward to say “I’m sorry,” and you’re in the clear. Some people mock Christianity for this very reason, thinking it is too shallow and naïve for letting people get right with God by just apologizing after they do wrong. This also convinces some Christians that it can’t be that easy, that there must be more required of us in order to prove our real regret and repentance to God.


But it’s not as simple as it appears. Forgiveness is free to everyone who confesses what they have done wrong and wants to be healed. But if you do not have a heart that is sorry for doing wrong, forgiveness is absolutely unaffordable. It is completely out of your price range if you aren’t sincere in repenting of sin. There’s no way for you to purchase it. What people miss when they mock the free grace of God in forgiving sins, or when they doubt it and try to earn forgiveness instead, is that God judges the thoughts and intentions of the heart. He knows whether you mean it. He doesn’t need proof. He doesn’t weigh your efforts to earn forgiveness, but He does weigh the sincerity of your regret and desire to change.


The new covenant Christ brought about by His death and resurrection has been called the “covenant of grace,” compared with the "covenant of works" that required perfect obedience under the Mosaic law. Richard Sibbes describes the new measure of obedience: “The law is sweetened by the gospel, and becomes delightful to the inner man (Rom. 7:22). Under this gracious covenant, sincerity is perfection.” (The Bruised Reed, Ch. 6). God established a new covenant for exactly this reason: no one was capable of keeping the law without sin. But God does give us the ability to choose sides with Him against sin, and to renounce our sinful actions. The new covenant only requires that we sincerely turn away from sin.
The words used for repentance in Scripture contain the idea of turning away from one thing to embrace another. We turn from sin to God. We turn from evil to good. Kevin DeYoung described it like this: "Some of us become Christians and just go on our merry way, never thinking of sin, while others fixate on our failings and suffer from despair. One person feels no conviction of sin; the other person feels no relief from sin. Neither of these habits should mark the Christian. The Christian should often feel conviction, confess, and be cleansed." Or as DeYoung says more simply: "Repentance is more than a repeated apology." It must be a change of heart.


Luther’s first statement in the 95 Theses is: “When our Lord and Master Jesus Christ said, ‘Repent’ (Mt 4:17), he willed the entire life of believers to be one of repentance.”
A life of repentance doesn’t have to look impressive outwardly to be sincere. Expecting people to give something up or do something difficult to prove their sincerity doesn’t guarantee sincerity. Yes, if you are sincere and really want forgiveness, you will probably be willing to make sacrifices to receive it. But insincere people are often just as likely to do this. This is exactly what the Pharisees and scribes did, and what Jesus rebuked them for doing. They had figured out that if they made all the right motions of worship, they could get a reputation for holiness and obedience without actually having to live by it. But it gave them no traction before God.
If you just go before God seeking forgiveness because you want Him to pay off your tab so you can go sin again without consequences, well, Jesus predicted rather terrifying things for those who thought this was working for them: “You hypocrites! Well did Isaiah prophesy of you, when he said: ‘This people honors me with their lips, but their heart is far from me; in vain do they worship me, teaching as doctrines the commandments of men.’” (Matthew 15:7-9)
This kind of insincere, two-faced worship is utterly rejected by God. No one sneaks a free pass on sin by just saying, “I’m sorry.” There is no way to cheat on this. Those who think the free grace of God is too simplistic misunderstand the importance of the heart. God is not after people who can make a good show of religious devotion. He is after people’s hearts.
The reason I say sincerity and repentance may take some work is that they don’t always come naturally after failing. Sometimes it is very hard to be ready to approach God with genuine sorrow over sin. All the wrestling and lamenting and self-reproach of so many remarkable Christians, from John Owen, Richard Baxter, John Bunyan, Richard Sibbes, John Newton, Charles Simeon, Charles Spurgeon, and J.C. Ryle to John Piper, Kevin DeYoung, Tim Keller, Jerry Bridges, and J.I. Packer is simply this: pursuing sincerity in repentance; working the heart toward devotion to God and away from the coldness and selfishness of sin. Not a bit of it is meant to earn forgiveness or prove ourselves. It is all directed at being genuine in heart and sincere in our affections for God.

But the tax collector, standing far off, would not even lift up his eyes to heaven, but beat his breast, saying, ‘God, be merciful to me, a sinner!’ I tell you, this man went down to his house justified, rather than the other. (Luke 18:13-14)

This is the Gospel. Don't let anyone talk you out of it. Sometimes this may cost us much in tears, the dismantling of pride and self-admiration, admitting our faults, humbling ourselves to apologize to others, and destroying the illusions of our own goodness. But it has this precious difference between it and the futile pursuit of earning forgiveness: this working of the heart into repentance is accepted by God even at its most feeble, as long as it is genuine. You don’t have to try to work up a pure heart to be accepted. Those who truly desire to change, even if they are powerless to make any progress, are accepted by God, and then He provides the power for change Himself.
But it is the grace of the Gospel, which is so hard for the pious to understand, that it confronts us with the truth and says: You are a sinner, a great, desperate sinner; now come, as the sinner that you are, to God who loves you. He wants you as you are; He does not want anything from you, a sacrifice, a work; He wants you alone. 'My son, give me thine heart' (Prov. 23:26). God has come to you to save the sinner. Be glad!
(Bonhoeffer, Life Together, p. 110, HarperOne edition, 1954).
Jesus is a greater Saviour than you think him to be when your thoughts are at the greatest. My Lord is more ready to pardon than you to sin, more able to forgive than you to transgress. My Master is more willing to supply your wants than you are to confess them. Never tolerate low thoughts of my Lord Jesus.
(Charles Spurgeon, Morning and Evening, August 22).
Posted by Anthony Bushnell at 2:56 PM